It has been 65 years since Mr. Frank Morrow first landed on the beautiful island of Jamaica and immediately fell in love with it.

In 1948, the Morrow brothers ventured to the island to investigate entrepreneurial opportunities in the tourism industry which at that time was just starting to make headway in Jamaica. The glam Hollywood set had recently discovered the beauty of the island and there was a notion that this was the start of something big.

The Morrows stayed at the Casablanca Hotel in Montego Bay while they set up site inspections and toured nearby properties. Suffice to say, a golden opportunity arose when they stumbled upon a property for sale just next to the famous Doctor’s Cave Beach.

The beach at the property had obvious potential, however, there was one glitch — a graveyard on the property prevented any work from being carried out until the graves were moved to the nearby town of Lucea. Once this was done, the Morrow brothers built a new hotel on the property in 1949 and named it The Montego Beach Hotel. 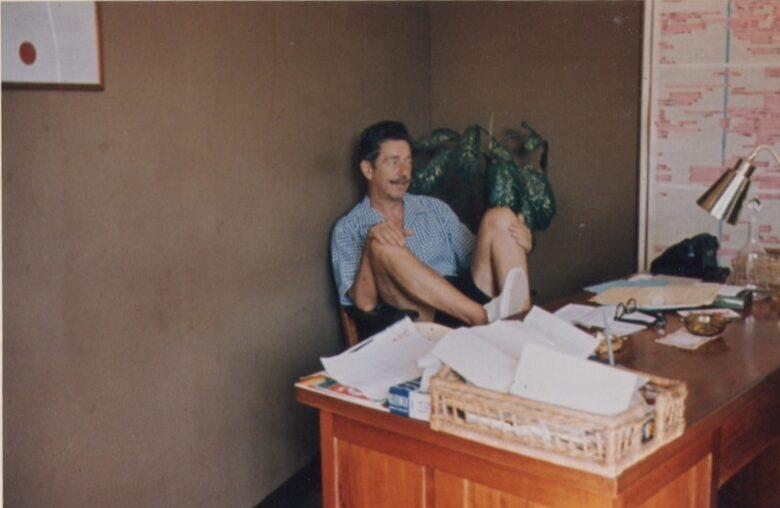 After a year of operation, Frank realized he needed to hire a manager and the perfect solution presented itself — to fly his son Charles to Jamaica for the job. Charles Morrow brought along with him his childhood best friend and pilot, Matthew Archibald. Together they ran the hotel as business partners and a few years later, The Montego Beach Hotel was one of the top hotels in Jamaica.

In 1958, after purchasing several other hotels which also became very successful, Charles and Matthew learned about a lovely property for sale in Ocho Rios.

After touring the hotel and seeing its spectacular location, they purchased Jamaica Inn. The Inn quickly became the main hotel owned by the Morrow family and soon thereafter, they sold the other hotels and focused on the elegant Ocho Rios resort.

At the time, this was only the second hotel operating in Ocho Rios — the other property being Tower Isle (now Couples Tower Isle) which was owned and built in 1949 by Abe Issa.

When purchased by Charles and Matthew in 1958, the Inn, built by Italian contractors the Maffessanti brothers, was already comprised of the West Wing and Main House.

The Morrows expanded the property by adding the Deluxe and Premier Suites. All of the rooms’ verandahs were doubled in size and furnished with beautiful couches, antiques and large chairs, giving them a more luxurious feel.

Originally built for Charles to live in, the Blue Cottage caught the attention of guests and the accommodation was eventually added to the room inventory.

Jamaica Inn quickly became the 1950’s jetsetter destination with Hollywood aristocracy partying with British nobility. The hotel has hosted Errol Flynn (who owned a property in Port Antonio), Noël Coward (who built and owned two vacation homes in the nearby town of Oracabessa — one of which is “Firefly”), Vivian Leigh, Marilyn Monroe and Arthur Miller, Ian Fleming (author of the James Bond novels), and artist and stage designer Oliver Messel. 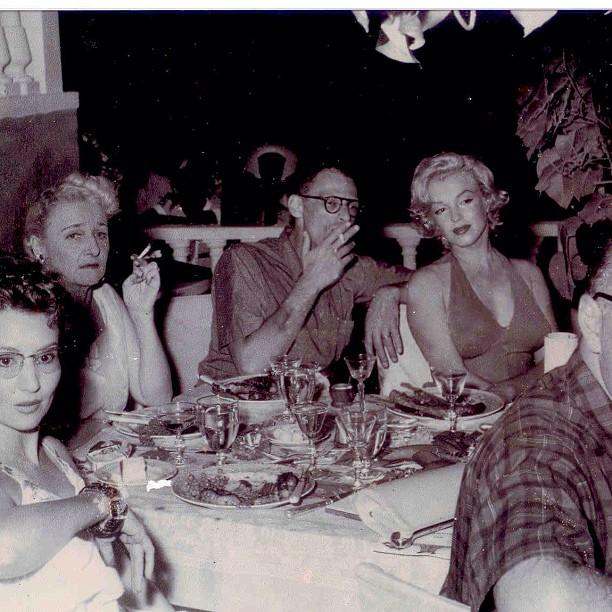 Sir Winston Churchill also frequented the Inn and ended up painting a scene of the hotel, now owned by the Sultan of Brunei. Churchill was partial to the White Suite and today a plaque sits at the entrance of the suite to commemorate his visit. In addition to these famous names, Jamaica Inn has played host to several international Heads of State as well as Jamaican Prime Ministers over the years.

The hotel was mentioned many times in Noël Coward’s autobiography, The Noël Coward Diaries. For example, Coward writes about a dinner at Jamaica Inn with his best friend in February 1951, and the following day about dining at the hotel with another good friend, Oliver Messel. There are several more mentions of the hotel throughout the book, whereby Coward meets friends for meals or to drive them to the airport after a stay.

The Morrow-Archibald team continued to operate the hotel successfully until Morrow’s sons Peter and Eric came on board in 1981. 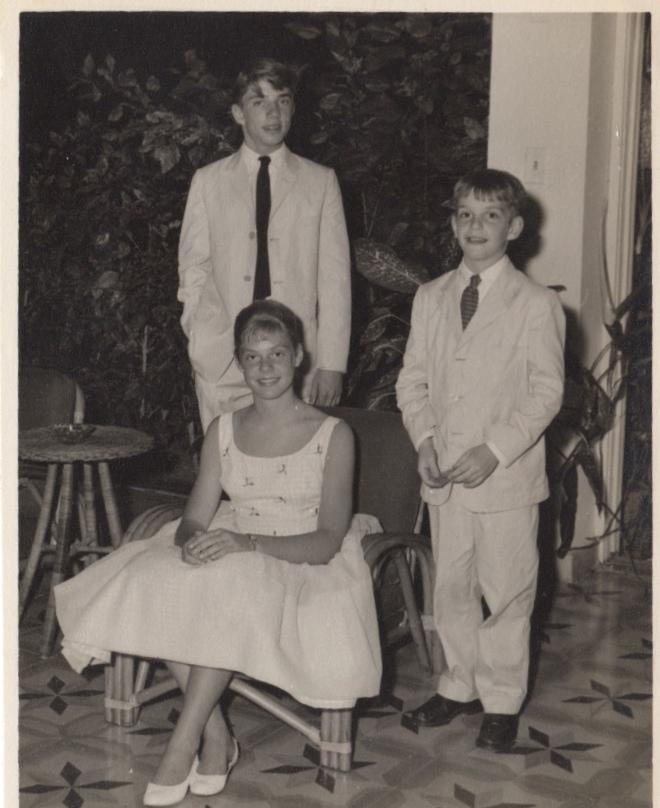 Peter brought with him all of the antiques featured throughout the property including Windsor chairs, side tables and a wonderful collection of Jamaican antiques.

After Charles’ passing in 1987, the team of Morrow brothers took full responsibility of the hotel.

In early 2000 after acquiring the North Bend property as part of the hotel repertoire, Peter and Eric commenced adding the cottages with infinity pools. A spa was also built which was recently upgraded and is now named The Ocean Spa.

Shadows of the Inn

The hotel is also famous for several black Labradors who have been part of the Inn over the years — Shadow resided in the 1970’s, Shadow II in the 1980’s and Shadow III became part of the family from early 1990 to 2004. Peter and Eric as well as the Jamaica Inn family welcomed Shadow IV in spring 2014. 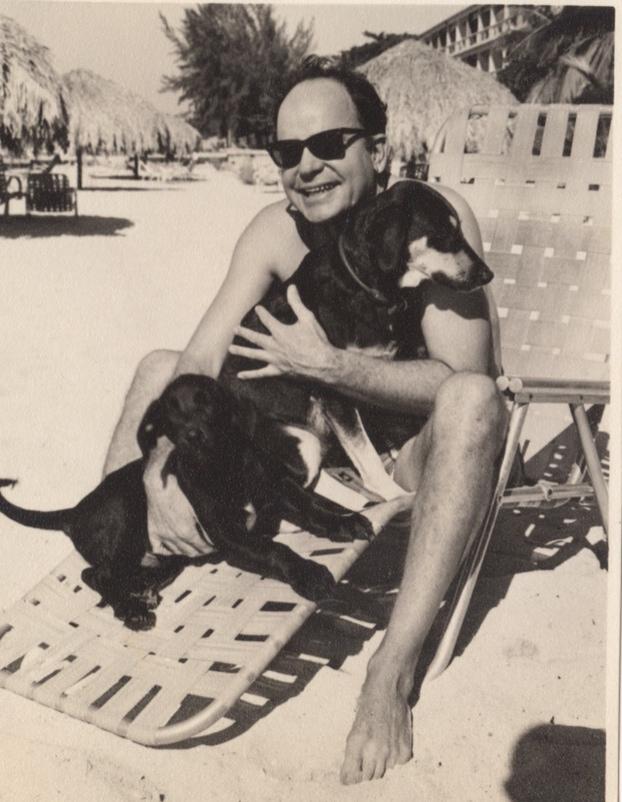 All in the Family

Eric’s wife Belinda is the hotel’s gift shop manager as well as the talented “eye” supervising the beautifully manicured grounds. She also manages her family farm, The Colliery, which is located in the hills of St. Ann, about ten minutes from the hotel.

The Morrow family legend continues as Eric and Belinda’s two daughters, Eloise and Olivia, are set to be the fourth generation of hoteliers, currently studying hotel management.

Mr. Archibald’s daughter, Mary Bergstresser, and Pamela Morrow continue to maintain an interest in the Inn and visit often.